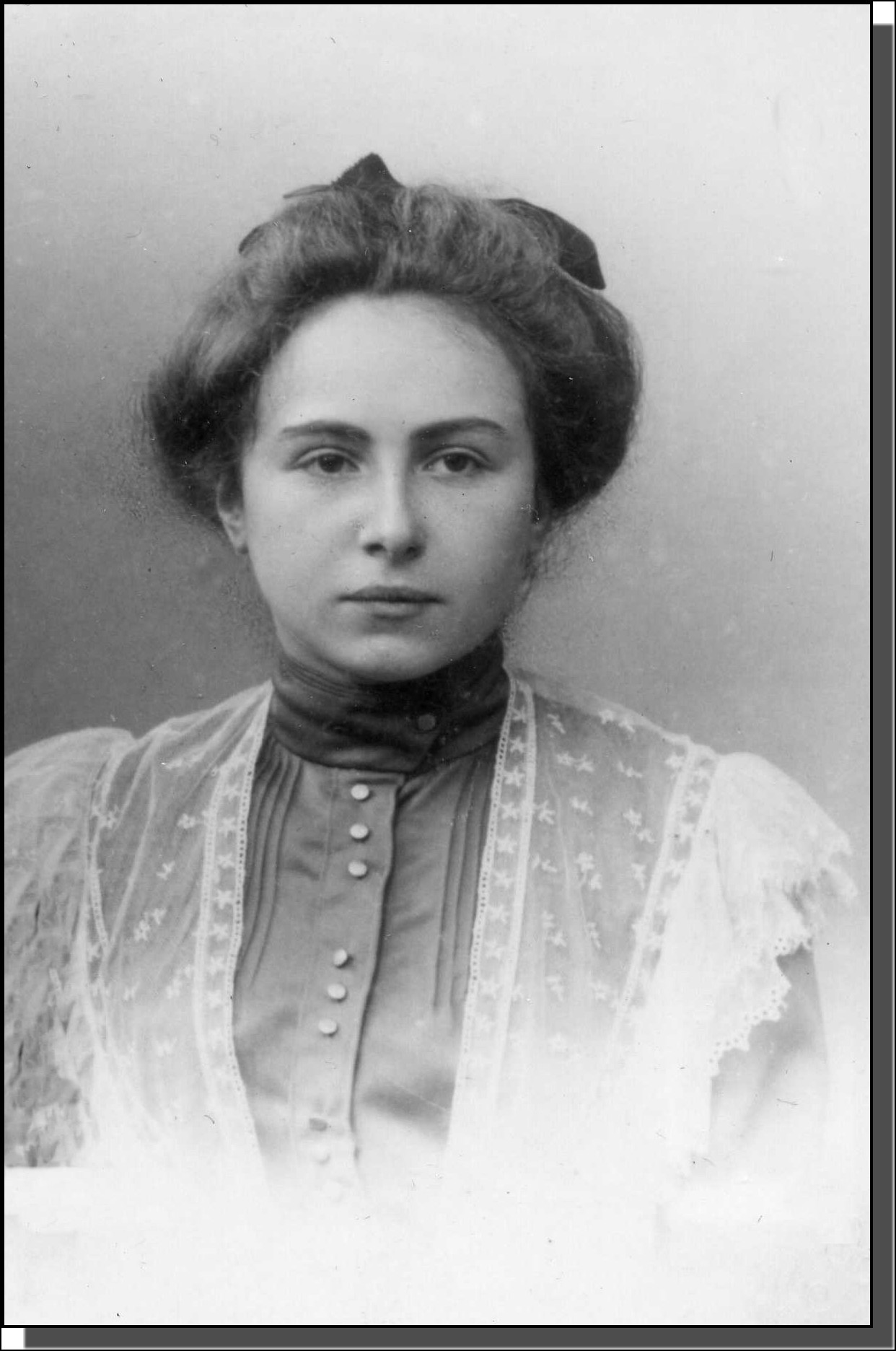 Harriet Keilmann was born on  December 22, 1886 in Riga.
She was the daughter of the dentist and honourable citizen Isidor/ Sidor Isaak Noak Philipp Keilmann, nee Sept. 19, 1856 in Riga and his cousin the dentist, Eugenie Jakobovna Keilmann, nee Kantorowitz. 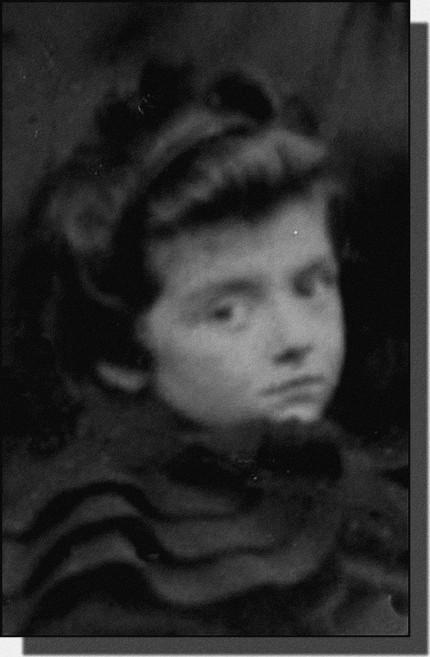 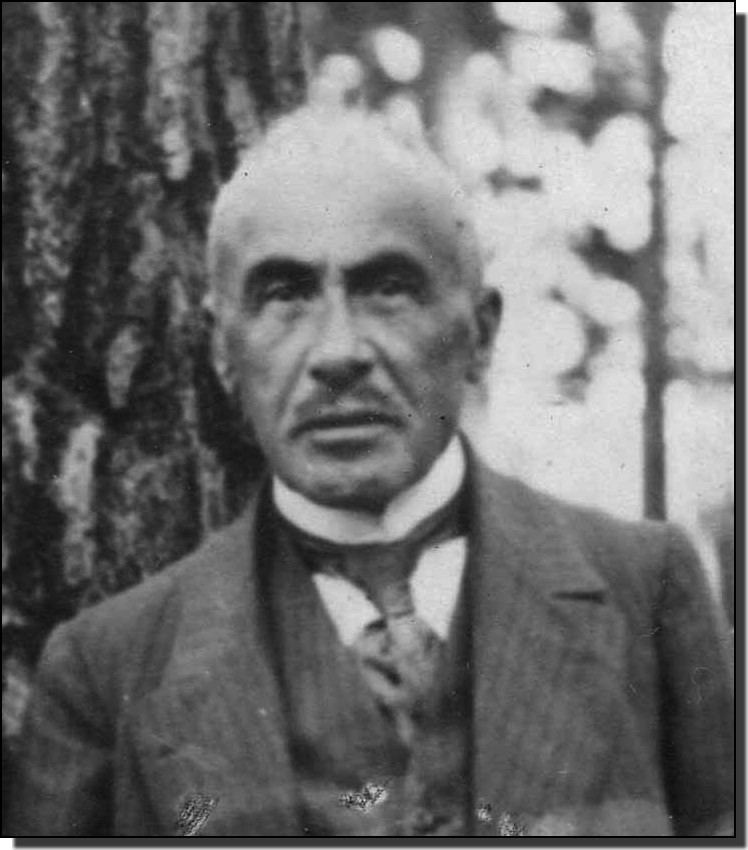 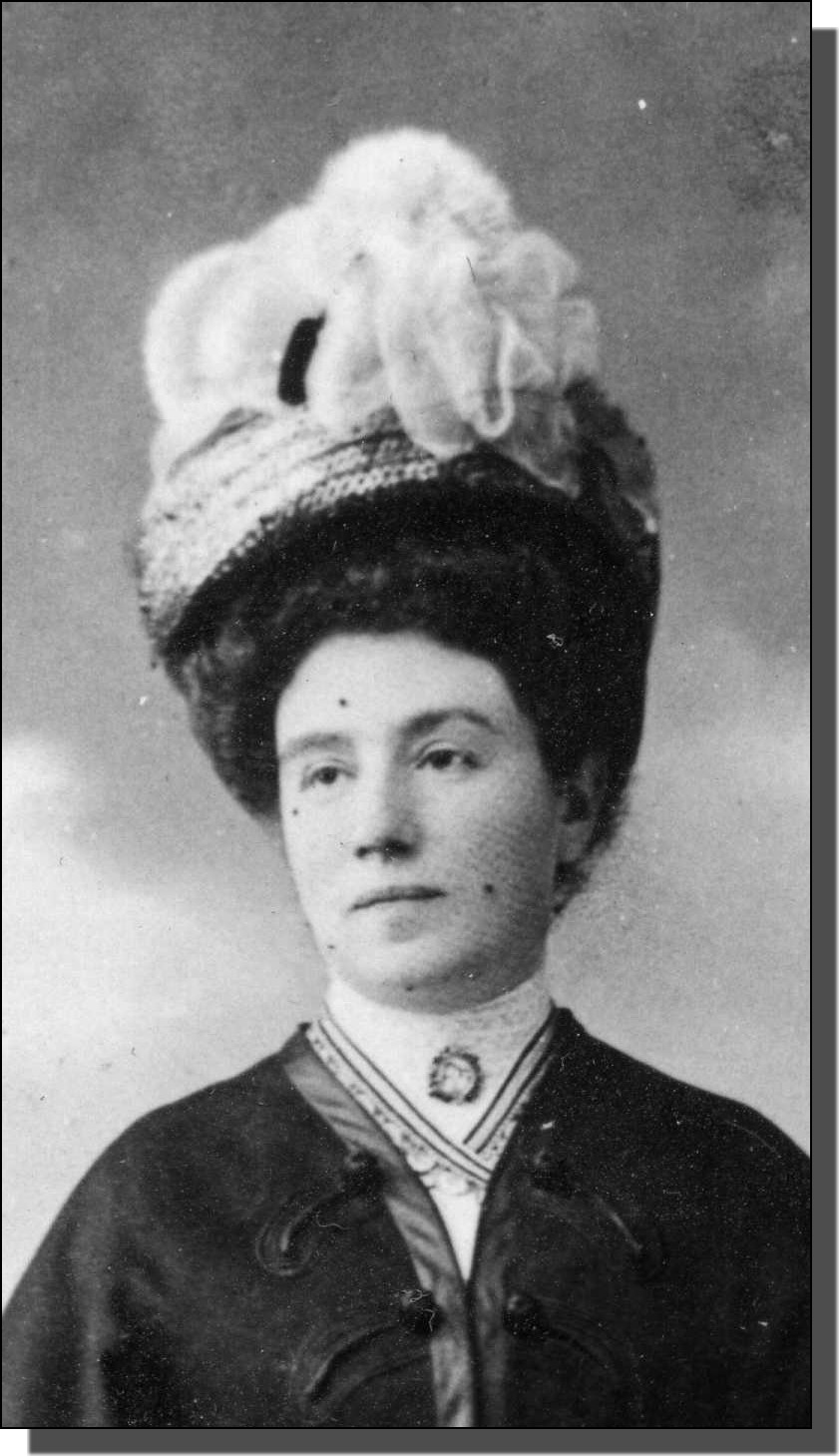 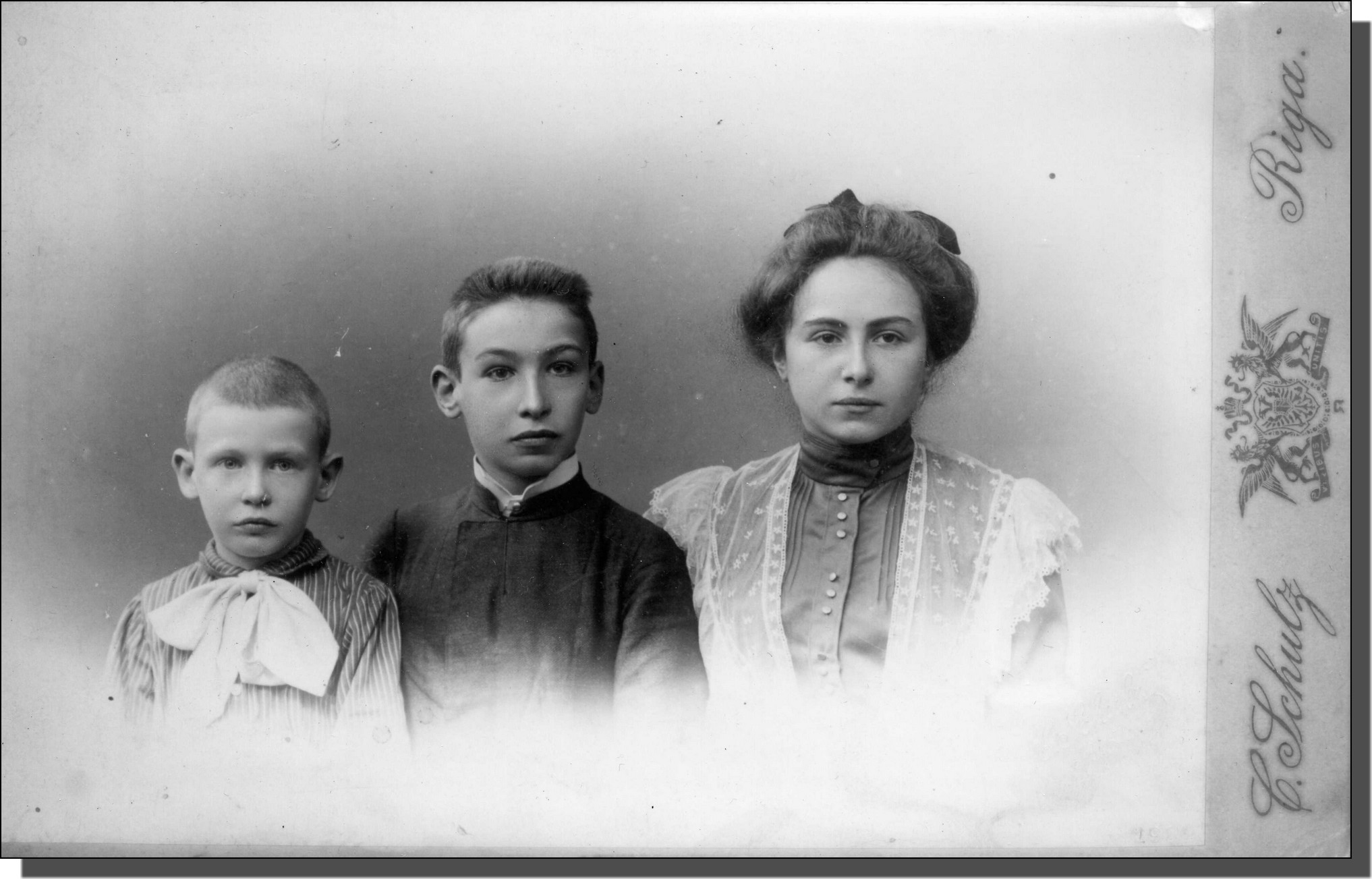 
Already since her early youth she had an artistic vocation clearly in mind. Already at the age of 21 years she participated in art exhibitions in the Baltic Art Society in Riga. 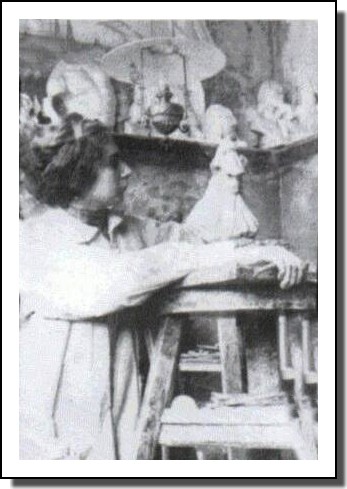 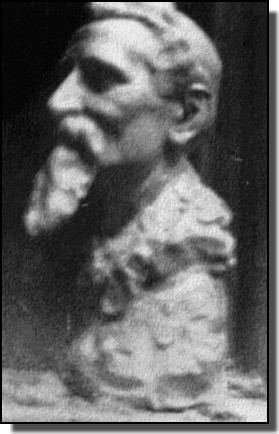 The sculptor Arthur Lewin-Funcke and a sculpture of him made by Harriet Ellen von Rathlef-Keilmann in 1906/1907. 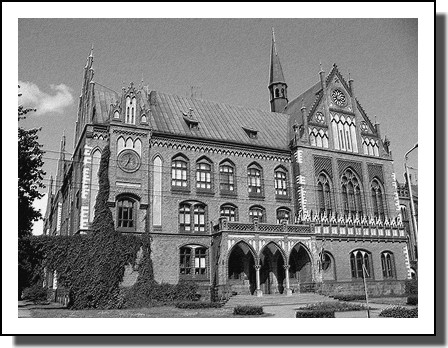 Riga. The Academy of Arts, built in 1902-1905 by architect W.Bockslaff,
together with sculptor A.Folz and stained glass master E.Tode

Ducks relief in unglazed ceramics made by Harriet Keilmann, Riga 1908

On March16/1908 Harald von  Rathlef and Harriet Keilman married at the Reformed Protestant Church in Riga. 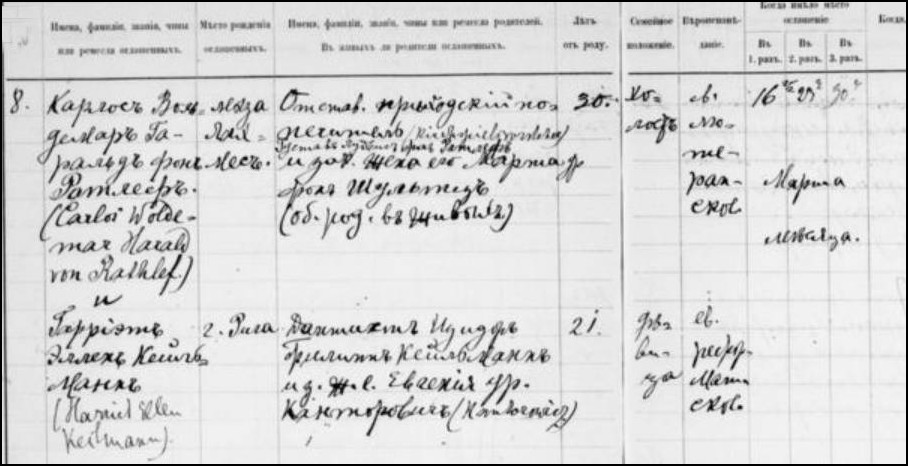 In 1913 she took part in an exhibition in Haus der Frau ("House of Women") in Leipzig. 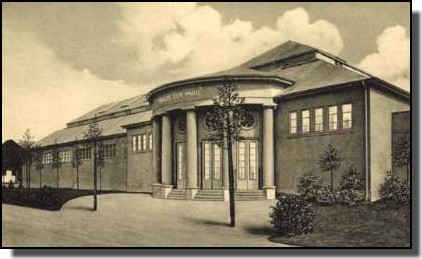 
At the breakout of the First World War her husband Harald von Rathlef, who was a leutenant in the Regiment of the Alexander Hussars, was sent to the front in Finland. She stayed with her children living with her youngest brother in Russia.( source) 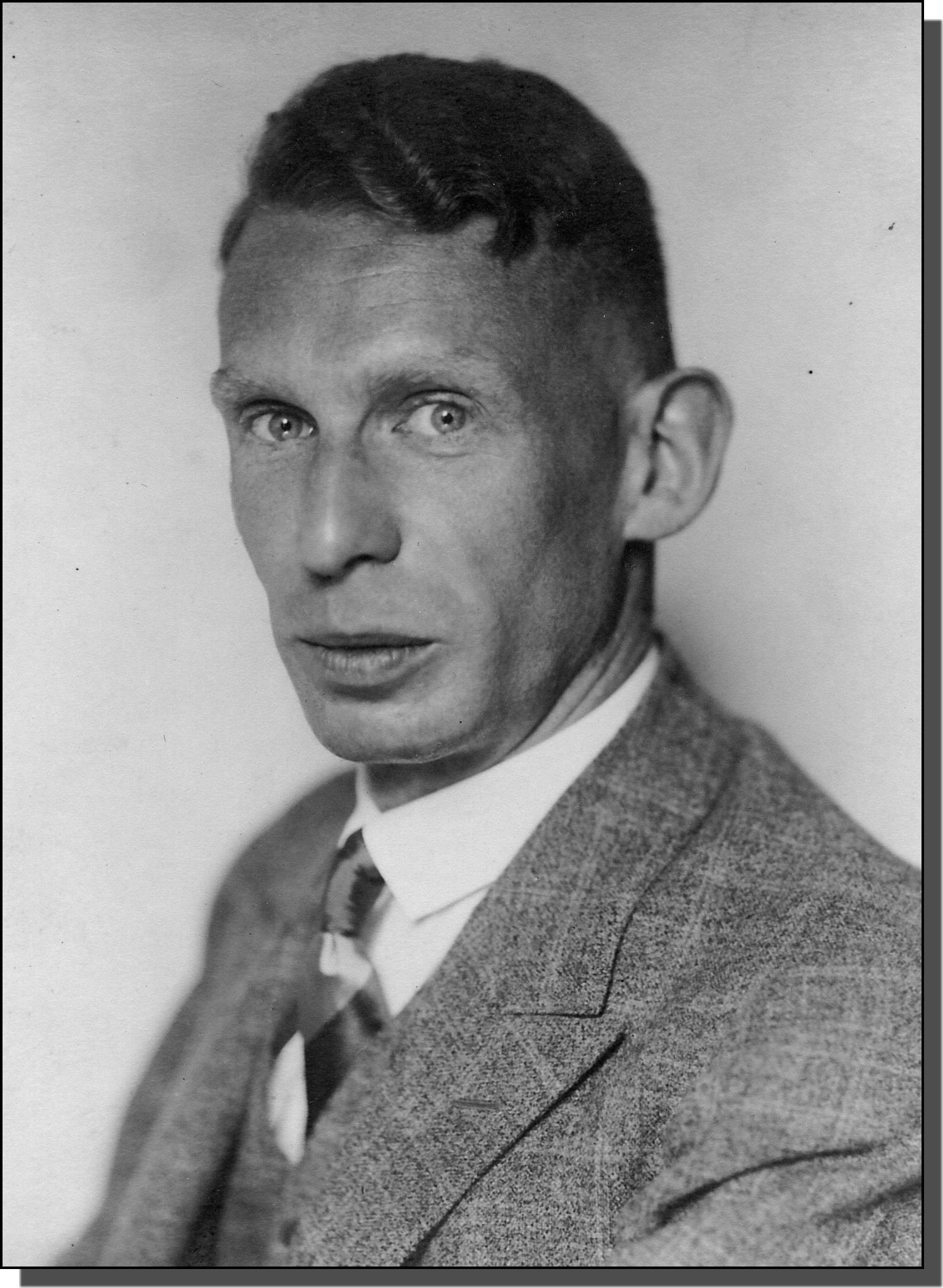 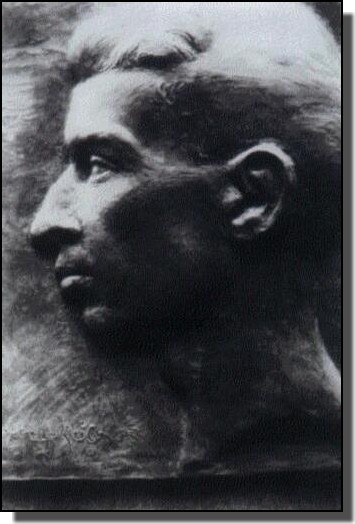 Harriet's youngest brother the Dr.med Nikolai Alexander Sidorovich Keilmann
as an emigrant in Bern/Swiss in1936  and a sculpture of him made by his sister  in 1915/ 1916
( Nikolai Keilman was killed on March 30, 1942 in the KZ Stutthof/Danzig)


The family escaped revolutionary Russia from Riga to Berlin on Dec. 28, 1918. That way she was able to escape the consequences of the Bolshevik Revolution. Already in 1919 she studied at the Weimar Art University, and was student in the art class of  German-Jewish sculptor, Prof. Richard Engelmann(1868-1966). 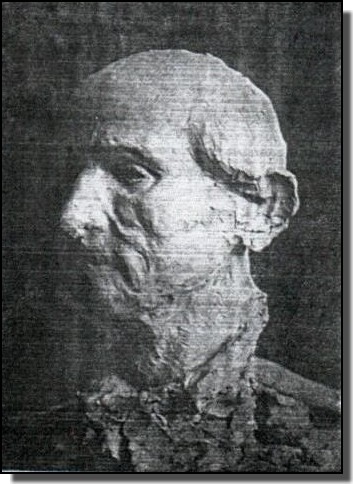 Prof. Richard Engelmann and a sculpture of him made by Harriet Ellen von Rathlef-Keilmann in 1919


In 1922 she got a divorce from her husband, because she saw no future with him for her artistic carreer. The following decade till her death was filled with activities, urges to create and social and cultural engagements.( source) 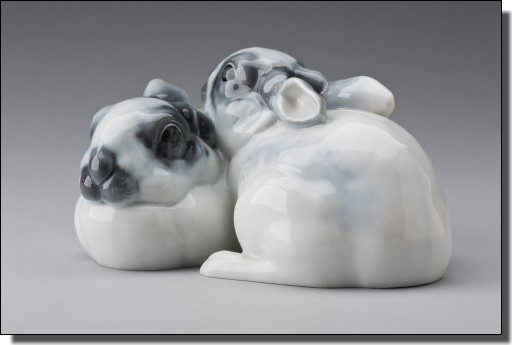 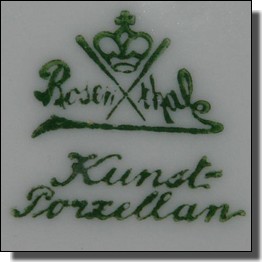 Pair of young rabbits sculpture made in ceramic by Harriet von Rathlef-Keilmann
executed in porcelain by Rosenthal Selb, 1921 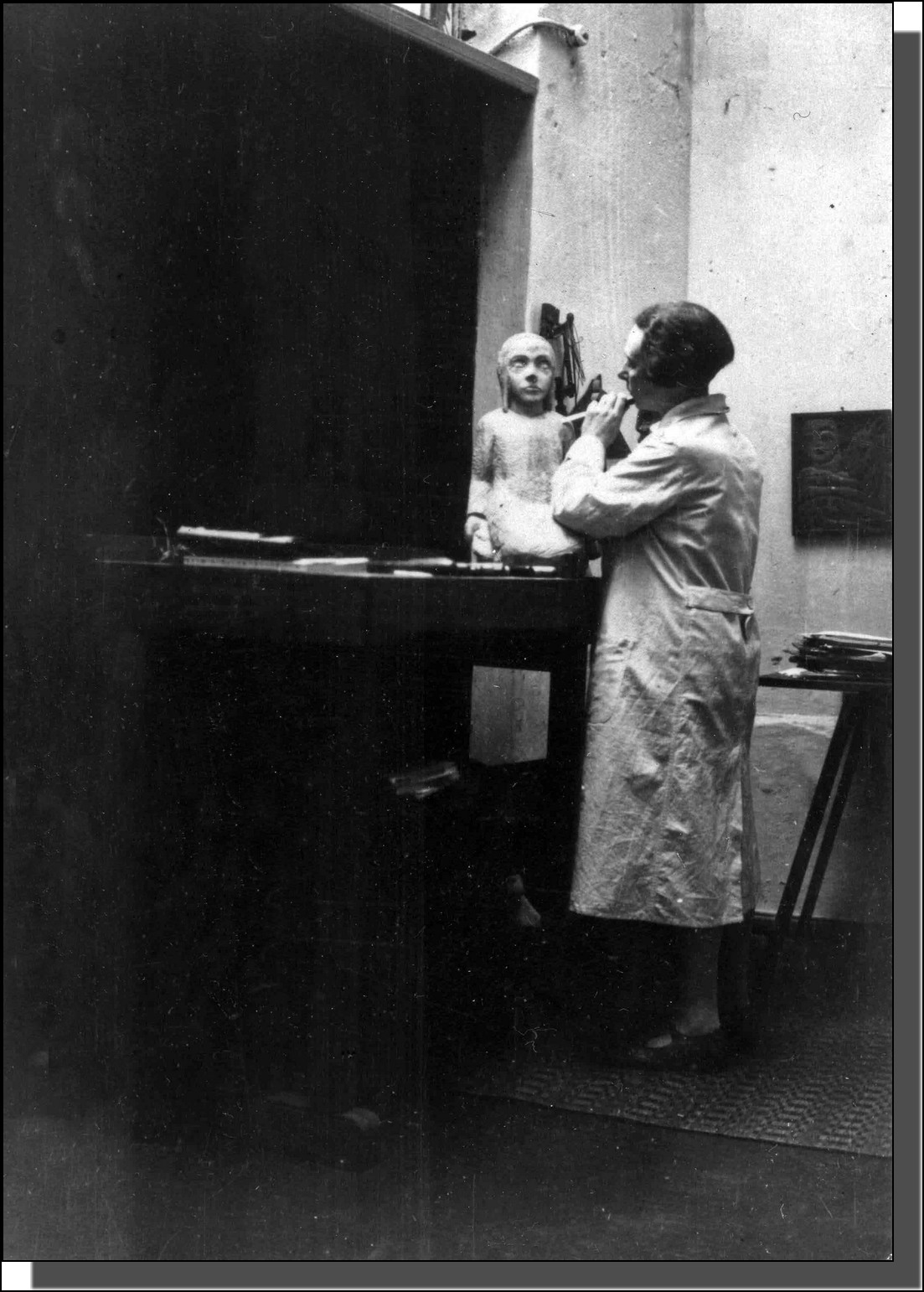 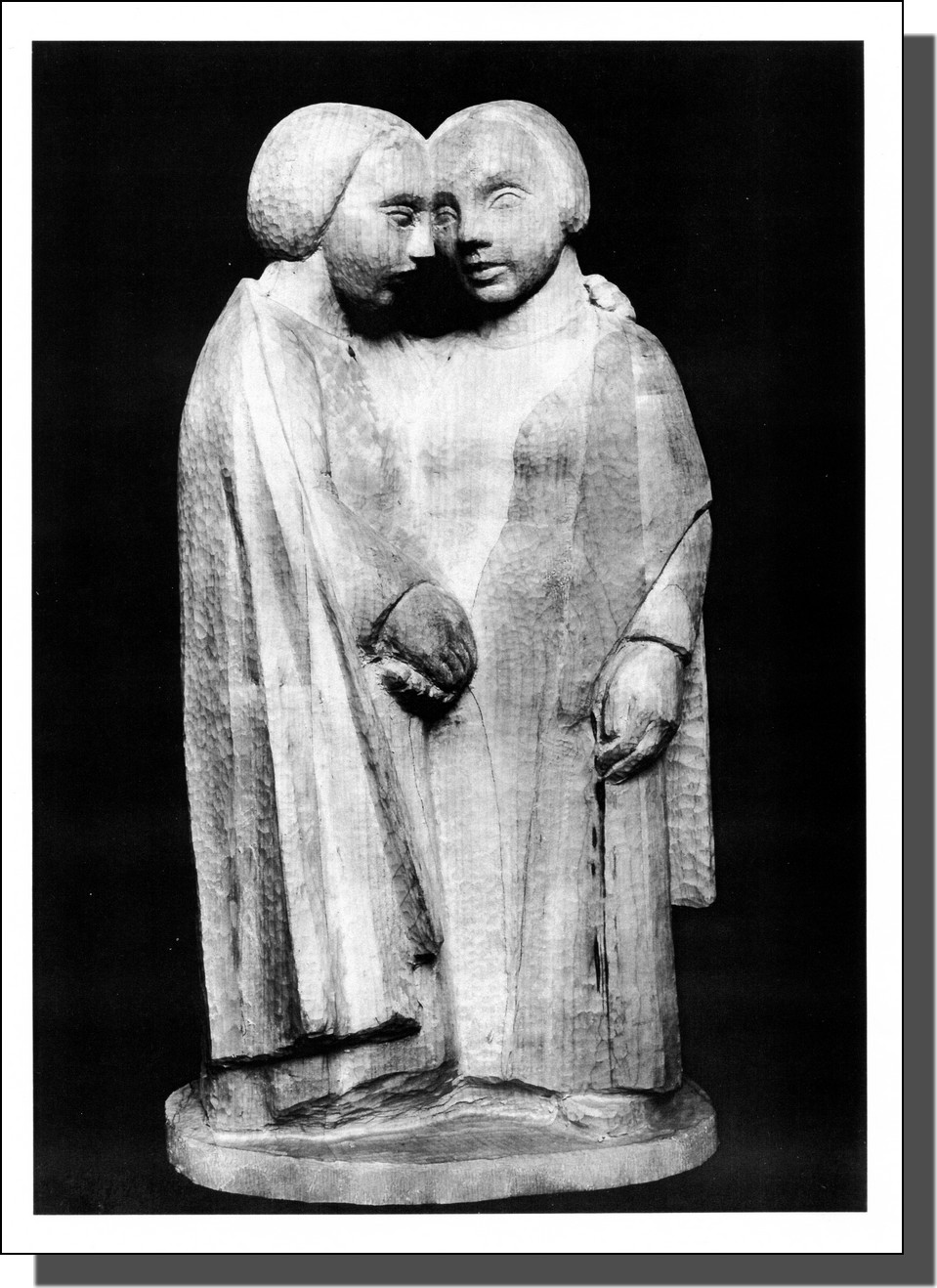 Harriet von Rathlef-Keilmann into her Sculpture Workshop
in Berlin-Schoeneberg, 1929 and a  wooden Sculpture:
“Lovers”, Berlin, 1927

Before that she received, on the recommendation of Walter Gropius, a tuition-free place at the school. But since her Professor Engelmann, together with some other old professors withdrew from the Bauhaus, she also left with them. In the year 1923 she went to Berlin-Charlottenburg. She moved there into an attic atelier of a large house with a garden, in the Kantstrasse 77. 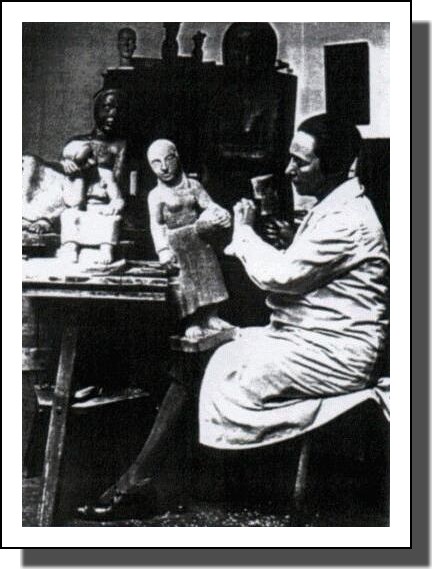 This place became her starting point for her new artistic work, with taking part in exhibitions in many cities.( source)

to see the lost artworks from Harriet.

Some of her sculptures and grafiks were served by her two daughters Monika and Liselotte and by some artist friends after her death. Some were sold by the bailiff (Gerichtsvollzieher), cause Harriet had Rent arrears. After Jan. 30, 1933 she couldn't sell her works of art. She was also expelled from the Association of Berlin female artists, because of  her Jewish ancestry.

She also was a writer and illustrator of children's books and painter. 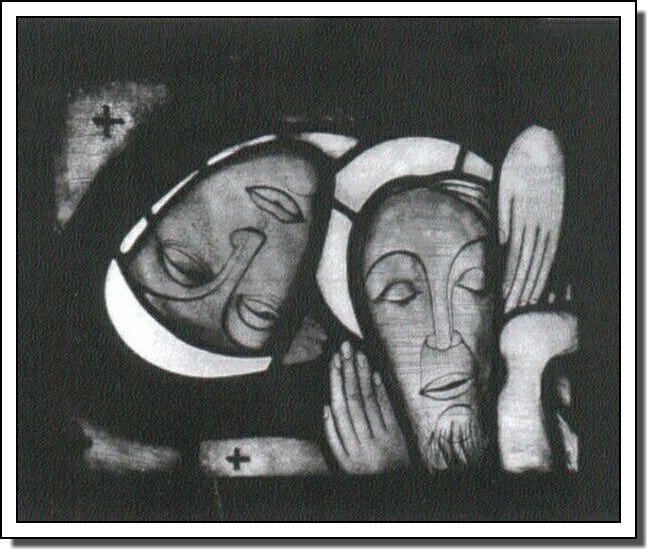 Rathlef became a major proponent of Anna Anderson's claim to be Grand Duchess Anastasia Nikolaevna of Russia. She befriended the claimant and wrote a series of articles about her. 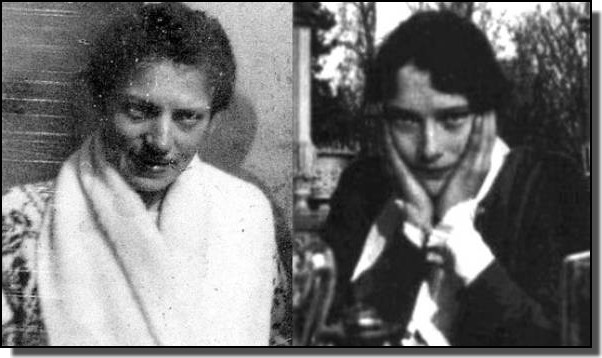 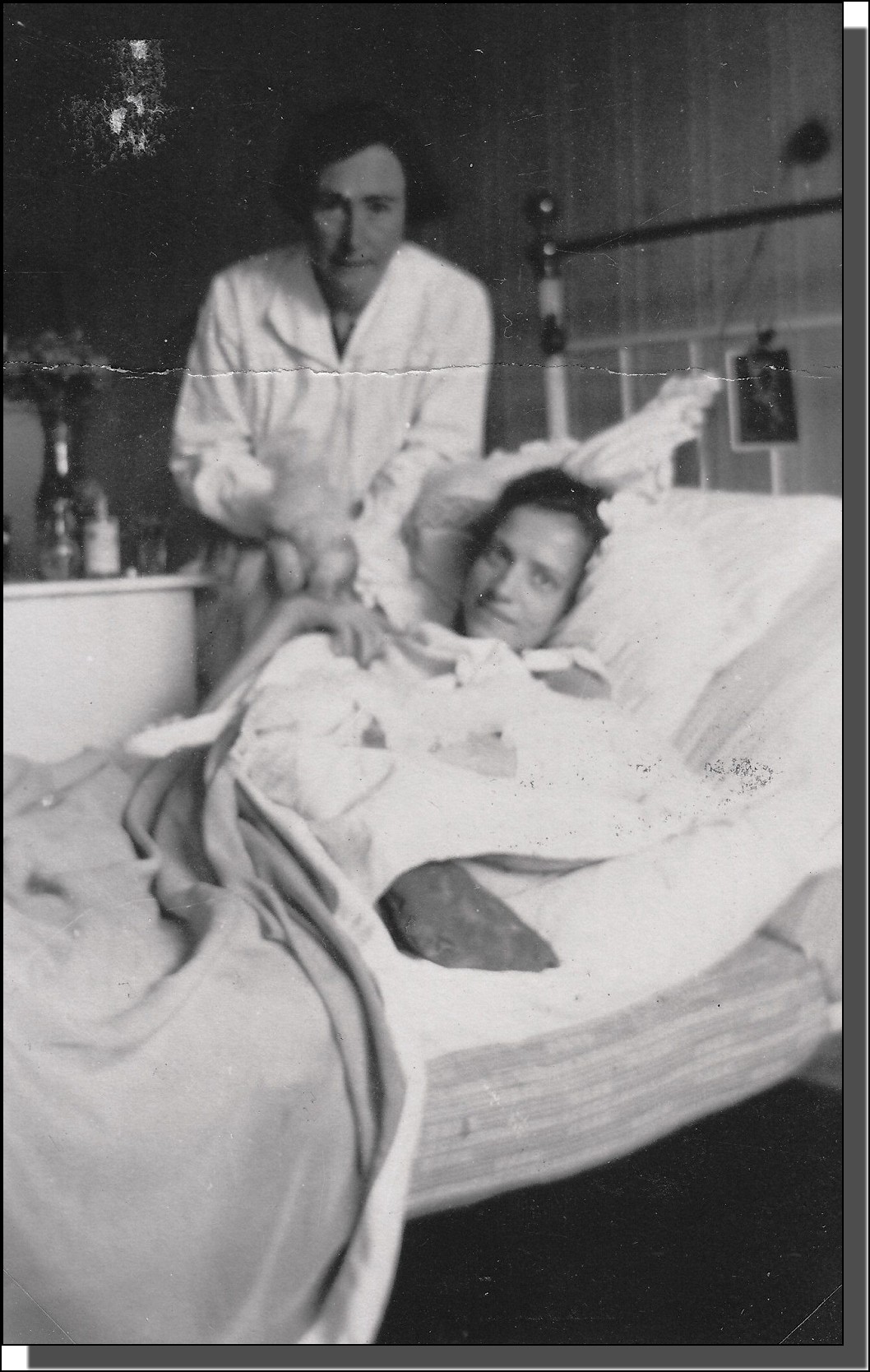 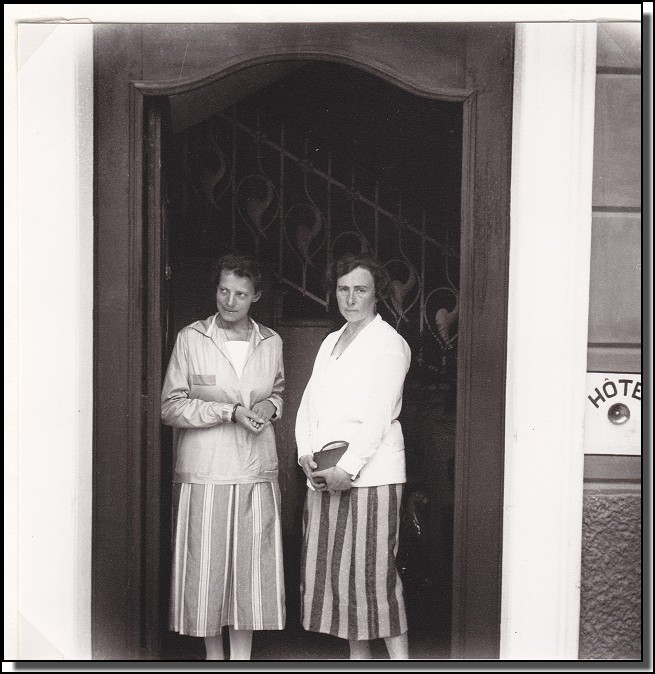 The false Anastasia and Harriet at the Mommsen-Sanatorium in Berlin, 1925 (1926?) and
at the door of a Hotel in Lugano 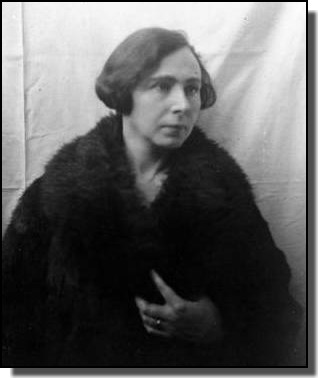 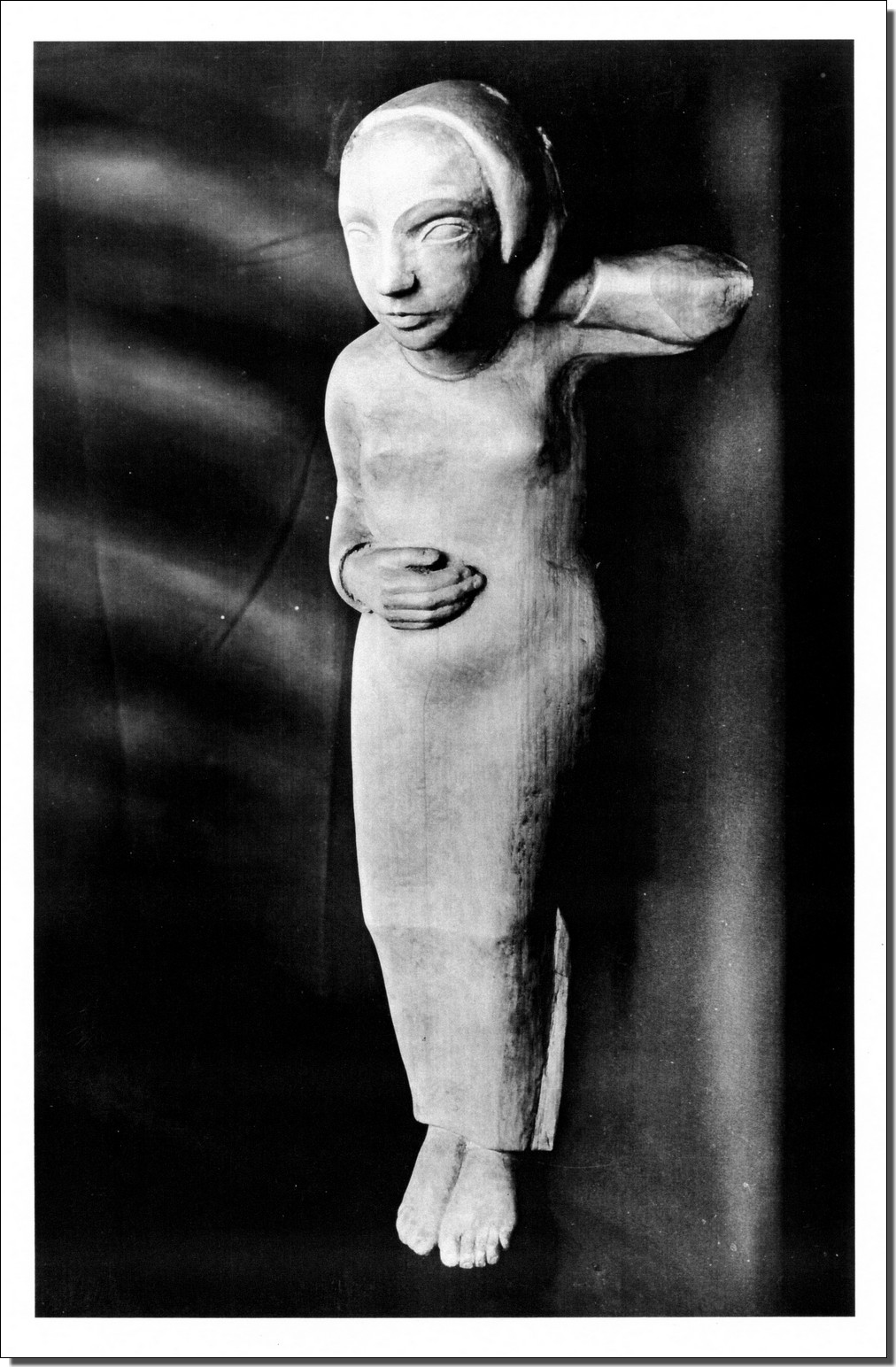 Harriet had all the time trying to hide her Jewishness. In 1925, she even went on to the Catholic Church. It did not help her. The manager of the apartment building Count von Dellinghaus, where she had her studio, came from Latvia and knew her family. Other Baltic emigrants who had close contacts with the Nazis knew the family Keilmann and knew of their Jewish roots.

Alarmed by the political developments in Nazi Germany, Rathlef hoped to leave the country. Before she could make definite plans, Rathlef died in Berlin on 1 May 1933 of a burst appendix.( source) 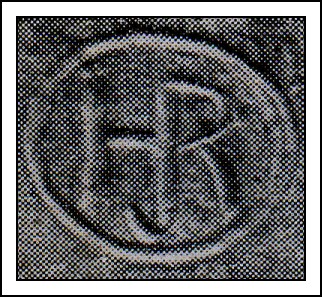